What Can You Do If You Live in a Flood Zone? 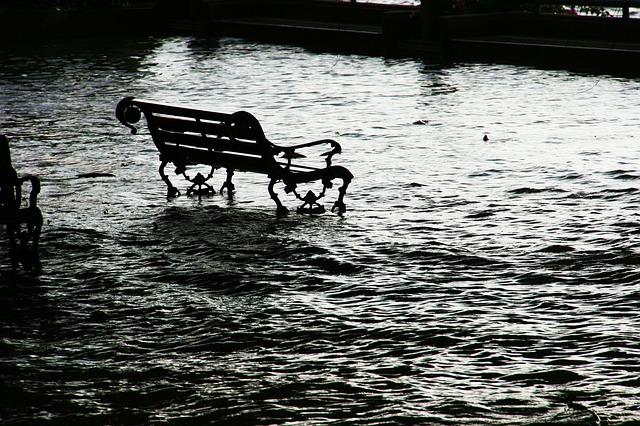 Floods are becoming a more common appearance in the UK. It seems as if every winter there is news of flooding somewhere in the country. The evidence suggests that this scenario is likely to stick around. The Met Office reports that summers are likely to become up to 5C hotter, and winters much wetter. Wet days could suffer as much as 17% more rainfall in a single day, which is likely to result in flash flooding. With such a high potential for future flooding, what can home owners actually do?

One suggestion is to change how we prepare for floods, and defend ourselves against them. Traditional flood defence systems are usually based on ‘hard’ barriers and walls. However, while these are effective, they are expensive to maintain and may not be a long-term solution. Instead, DEFRA (The Department for Environment, Food and Rural Affairs) plans to investigate a new philosophy of flood control.

DEFRA’s ideas include tree planting, heathland restoration and ‘Leaky Dams’. Environmental control of flooding means making use of ancient and natural techniques to affect the flow of water. This could be using peatlands (many of which are in a poor condition) to soak in floodwaters. Equally, trees provide a semi-permeable barrier to waters which are more easily managed than stone or concrete walls.

Another suggestion of how to save property from flooding is perhaps the simplest. Land use patterns in the UK are not planned around future flood patterns. Many settlements are built on flat areas that will either become flood plains, or more susceptible to flooding. It is unlikely that everywhere can be protected at the same time. Therefore, some people might simply need to move away from the highest risk zones.

For the time being, floods are likely to continue. People cannot stop floods from happening themselves. It is possible though for individuals to purchase flood insurance if they live in an at risk area. Flood Insurance is for properties in areas that are at higher than average risk of flooding. The policies cover you against damage to the property from flooding, even if it is currently undergoing renovations.